Wenzhou is a "hotspot" for the Chinese economy: The metropolitan region with 10 million inhabitants - significantly more than Switzerland's overall population - is located 30 km from the Pacific coast and is widely known as a major production centre for consumer goods such as textiles, shoes, lighters and simple electrical components.

Many of the companies based there, including numerous privately owned medium-sized companies, are striving to manufacture higher-value products and to open up new business segments. They are therefore very interested in cutting-edge production technology, such as injection moulding machines of the highest quality and productivity.

ARBURG organised a seminar for these companies in Wenzhou, which was attended by 120 existing and potential customers from the region. ARBURG has been present in China since 1992 and now operates three regional offices there.

The event organisers asked REGLOPLAS China to cover the field of temperature control technology and to provide participants with specialist information first-hand. David Lowe, head of customer-specific applications at Regloplas AG, took the opportunity to present the company and the individual device series. His presentation highlighted the direct influence of precise temperature control on the simultaneous fulfilment of high quality requirements for the manufacture of plastic components. Using concrete case studies, he also described the cooperation between ARBURG and REGLOPLAS in demanding projects, such as the injection moulding of metal powders (MIM).

The presentation was met with great interest by the participants. In the subsequent open discussion, some listeners expressed the wish for closer cooperation with REGLOPLAS in new investment and optimisation projects for temperature control solutions in injection moulding production. 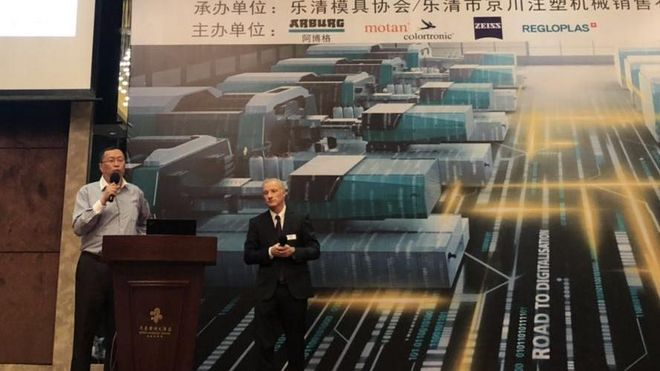